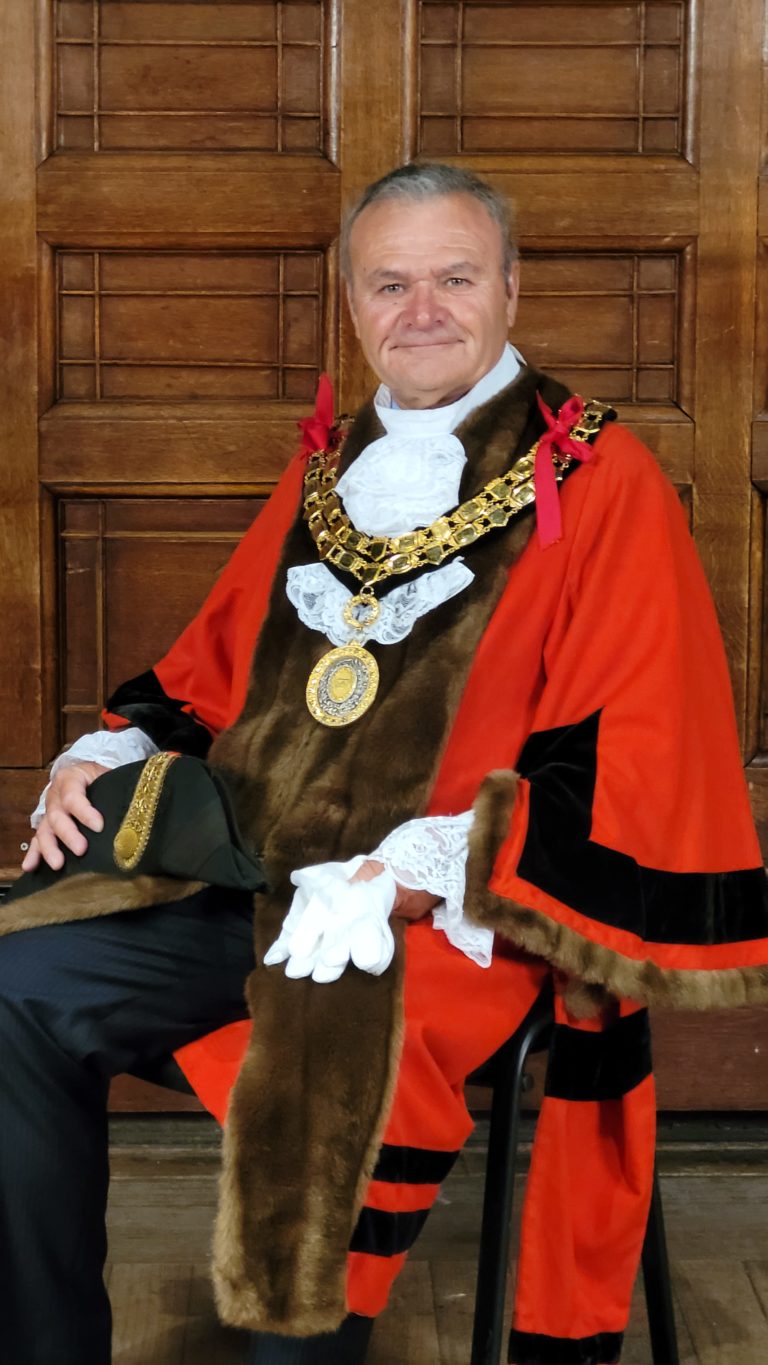 Cllr Bruce Davidson feels it is time to give something back to his adopted home town, which has, he says, been “very kind” to him.

Cllr Davidson, 68, was voted in as the new mayor at the town’s annual meeting on Monday. He succeeds Cllr Liz Smith.

In his acceptance speech, Cllr Davidson, of Jupiter Close, said: “I am honoured and privileged to become the mayor of Haverhill for the forthcoming year.”

Cllr Davidson was born near Edinburgh and after moving to London in 1974, arrived in Helions Bumpstead in 1984 before moving to Haverhill in 2000.

He has three sons, one daughter and two grand-children.

The mayor’s chosen charity is The Voluntary Network.

If you would like Haverhill’s mayor to attend your event please fill in the form below.
We will get back to you as soon as possible to let you know whether the mayor is available.